Bethink Yourself, Bestir Yourself

I don’t customarily dream of the dead.

Nothing is customary in a pandemic, however, and recently I dreamt of my father, buried 62 years ago last month. Perhaps your dreams are unusual too, lately. They’re apt to be, when we’re heavily stressed, and at such times they can also be deeply meaningful.

My father died when I was six, so my memories of him are few and correspondingly precious. As are the photos I have of him. Black-and-white, in his day they were called “snaps;” selfies were yet to come. One captures him in 1945, a slim and tall 20-year-old in a U.S. Navy-issue tee and white work dungarees. 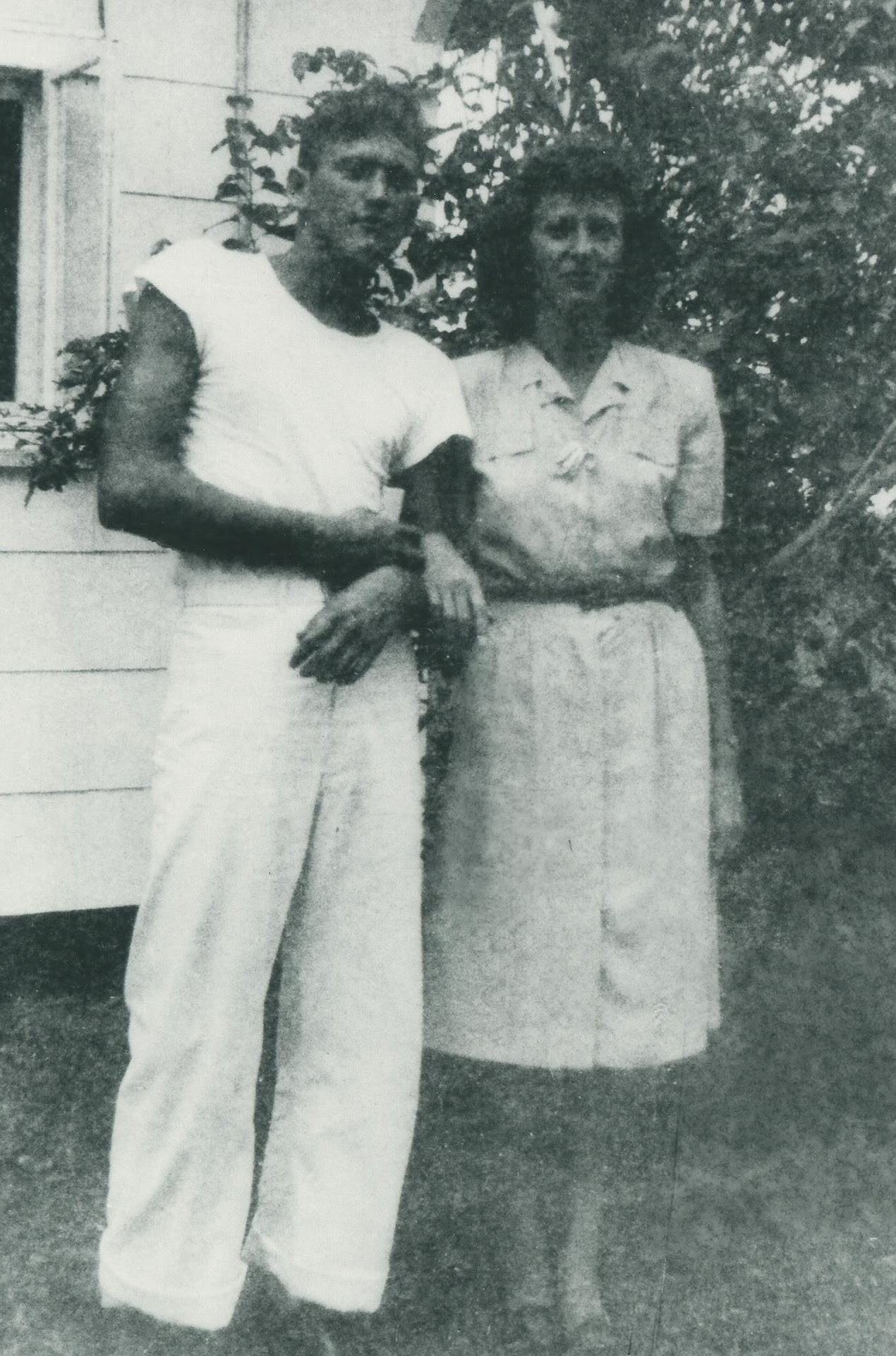 In the image, he leans into an older, shorter sister, protectively cradling her hand in the crook of his left arm. His shoulders are broad, his arms robust, his torso tapered. His half smile is self-possessed. All fittingly so for a combat diver on an underwater demolition team.

“Demolitioneers” were a secret volunteer force in WWII, forerunners of SEALS. Clad only in a mask, swim trunks, flippers, and a belt with a combat knife and towing satchels of high explosives, they swam and dove in harrowing gales of mortar and machine gun fire from Japanese on Pacific islands from Eniwetok to Iwo Jima. They charted the slope of beaches, noted currents, and blasted away coral heads, mines, defensive nets, and other obstacles to clear lanes for landing craft in amphibious assaults.

Battling a viral enemy at close range is a less immediately perilous fight altogether. And yet similar. That’s what my father expressed to me in my dream.

He’d never spoken of war when he was alive. But he would warn to me at bedtime about growing up a real-life water baby on the Little Manatee River in Florida, where it meanders into Tampa Bay. He would tell of pinning snapping alligators on their backs in the deep-green eel grass swaying on the river bottom, and of rubbing their bellies to calm their thrashing rage. The tall tale delighted me, even as he put me to sleep by lovingly patting my stomach.

This memory was the frame in which my father reappeared to me, making of me a sleeper falling asleep in his own dream.

I was foggy, but understood him to convey that as dire as our circumstances are today, they differ in critical ways from those of WW II, to which the current pandemic is often likened. In just one dramatic contrast, entire cities were then knocked down and full of rubble. Ours are locked down and full of silence, but still they stand.

Yet, in another respect, my father pointed to a conspicuous parallel between his era and ours. We see doctors and nurses risking all to tend ill and dying virus victims . . . supermarket cashiers no less brave . . . sleep-short truckers rushing medications and protective gear to hospitals . . . autoworkers racing to turn out ventilators. Heroism, sacrifice, and solidarity shine as brightly now as in wartime.

It’s a commonplace that in a severe crisis we show our true colors, stumbling, or stepping up. Mostly we do the latter, and after I woke, it seemed to me that my father had wanted to remind me of that, to inspire me. As if to say, “Bethink yourself, bestir yourself. Be calm, courageous, and collaborate. Be honorable and wise. Be forward-looking. And be grateful, for you’re alive.”

It was a comforting dream to have. I hope it becomes customary.

We use cookies to ensure that we give you the best experience on our website. If you continue to use this site we will assume that you are happy with it.OkPrivacy policy